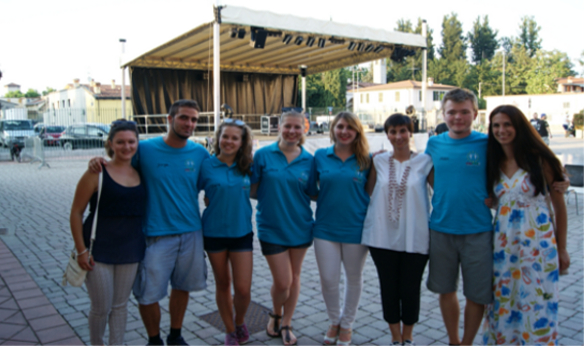 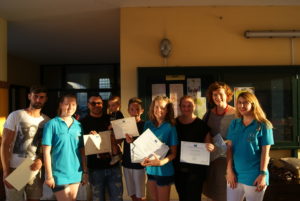 EVS volunteers supported the evening – Tamara Petrushevska and Sandra Denkovska from Macedonia, Jorge Huéscar from Spain and Alex Barybin from Russia. Youmore Morcelli Giovani has been organizing national and international projects for 2 years and Youmore is a platform for Erasmus Plus programs.
There was organized a ceremony for language courses’ students. The participants got their certificates: there were formed two language gr 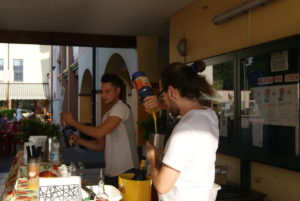 oups – Russian and English. A special surprise for guests was a cocktail “Youmore” which was invented by young people who visited barman classes which were organized in collaboration with Intrabar Academy. Moreover, there was even a special menu for the evening: bread, salami, fries and a drink – and it cost only 6 euro! The presentation of Chiari Eurodesk Agency was combined with latinoamericano music and a special dance performance of RG Dance. Many young people visited the event, among them were Martina Mezzasalma, Giovanni Calvetti, Silvia Donghi and Chiara Baitelli.