On 15 February the destination was reached, and from that day, for a week, everything worked out and the goal was met. We left thanks to Youmore, five youngsters, practically all strangers to each other as well as a group leader. END_OF_DOCUMENT_TOKEN_TO_BE_REPLACED

Often, because of the frenetic contemporary world, it could happen that all days are passing in the same way. However, there are experiences able to stop the time, to leave us the space to live and discover something new. Experiences made in one week can mean a lot more when you consider them as an experience in a year. Experiences that change your life and the perfection of the same, helping us understand how much this world is rich of differences which unite and can help us to understand better other people and why not, also ourselves. European youth exchanges are a tool to do it. And effectively youth exchange “Change 4 Europe” that was held in Portugal in a city that is around 1h far away from Lisbon in the period from 30 March until 8th of April 2018 promoted by Youmore Morcelli Giovani was one of these kinds of experiences. For each of these country participants, Italy, Portugal, Belgium, and France, have participated 6 youngsters plus one group leader. Topics that were discussed were: democracy, ideology and the solidarity towards those who need the most: objectives that were fully reached out. All youngsters, in fact, came back with a spiritual luggage full of spirits of humanity which will for sure leave a mark in their lives. Below you can take a look at some of their comments:

END_OF_DOCUMENT_TOKEN_TO_BE_REPLACED

After a long trip which started at 7 o’clock on Sunday 21st January, we have finally arrived in the evening in the city of Düzce. After a typical dinner in a restaurant in the center, we had enough time to rest in a traditional hammam (swimming pool, sauna and Turkish bath) in the hotel, making the most of this moment to meet our new adventure companions. END_OF_DOCUMENT_TOKEN_TO_BE_REPLACED

Have you ever thought about a possibility to travel and study at zero cost?
And what about trying specialties of other continents?|
If we tell you that all that is simple and possible, would you believe us? 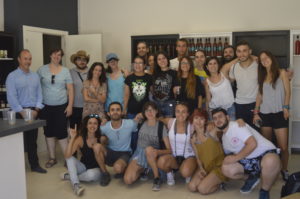 “We have always felt a sense of belonging to a reality that was no longer related only to the single membered countries, but to the one great country where are the problems are common.”

August 17, is the date when our adventure to Cerveruela started, a small rural place near the city of Zaragoza. There were our fellow travelers who were waiting for us, who were coming from 3 different countries: Spain, Malta, and Armenia. Days used to start with the ‘energizer’, short games that were meant to activate our brains. END_OF_DOCUMENT_TOKEN_TO_BE_REPLACED

From 9 to 17 July 2017, me and four other boys- Ester Zotti, Valeria Sardi, Silvia Zotti and Stefano Maraschi accompanied by Paolo Festa, we left for an Erasmus + experience in Purchena in Spain. During our trip, between flights, trains and autobus, we met our adventure companions, that were- five Romanian boys, five Polish and many other Spanish accompanied by their tutors. As the age of the participants was between 14 and 17 years and therefore we have had the supervision of at least one adult per nation. 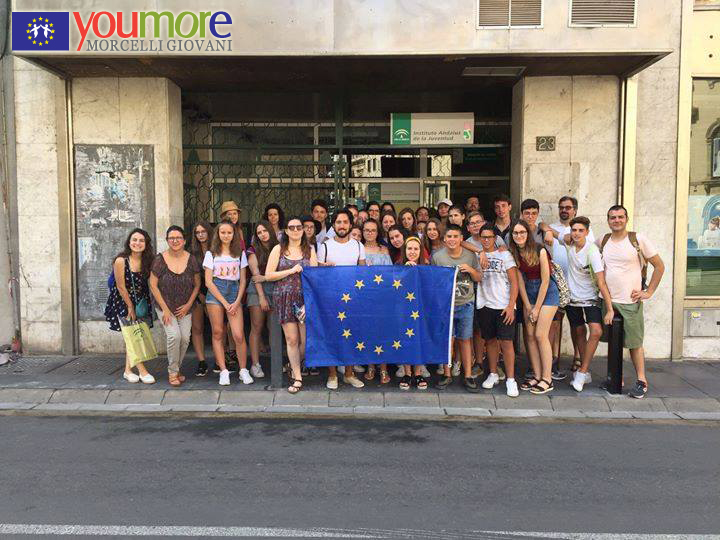 The theme of this exchange was Europe and how each of us felt really European. The main task of the week was to create a video that had included photos and movies recorded every day. Another task was to make a graffiti that could best represent our continent and to compose, and then sing a song. Also every morning we had moments of sharing where we put into practice some ice-breakers, that was named “ice breaks”. In order to be ready for exchange, me and the other Italians had several meetings before we went to pick up the ideas and prepare the games of knowledge that we would later have to present. One of the hard work that we faced was to explain the activities in English and always have to talk in this language, even in our free time. In addition, we worked hard to get a good result at the end of the week, but we also had fun and we had the opportunity to visit Almeria, an important city in the sea and this was the possibility to swim. But this was not the only excursion we took part, because in the afternoon we were in a natural swimming pool in Cela. Also one of the most beautiful moments was the intercultural dinner where each nation prepared typical dishes to be tasted by the other participants. 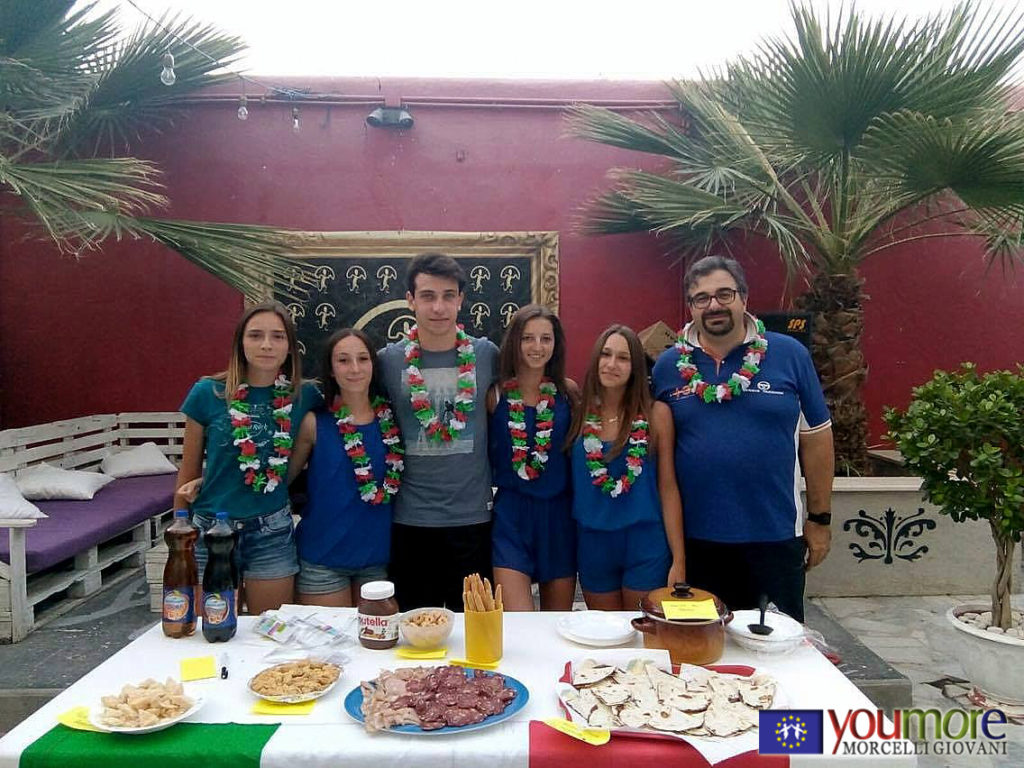 I must thank the Fondazione Istituto Morcelliano for allowing me to take part in this Erasmus +, which has given me a chance to see a small part of Spain. Also way of living of its inhabitants, who were so warm and welcoming, ready to share the little they have. This exchange has also provided me to create new connections of different kind of friendships that still today, even at the big distance, have remained firm. I must admit that initially everyone had to overcome the first difficulties, such as adaptation and shyness. Therefore, we became a group of friends, who all feel like brothers/sisters, all Europeans, what really was the goal to reach at the end.

If objects are distinguished through “labels”, the same process also happens for humans, who are constantly labeled with each other with “homosexual” “fat” “religious”. Too often we do not realize that the only label that can be appropriated is to be human.

END_OF_DOCUMENT_TOKEN_TO_BE_REPLACED

During one week, 1 December – 8 December 2016, a group from Chiari high school ”Einaudi” participated in the Erasmus+ project which was organized in Spain in Andalusa, Lucena.
6 Italian students were accompanied by a teacher, who was a group leader for them. Together we worked with other youngsters from different European countries as Bulgaria, Spain, Romania and Greece. In total the work group included 40 participants and the project title was “I don’t have a job, but I am working on it”. 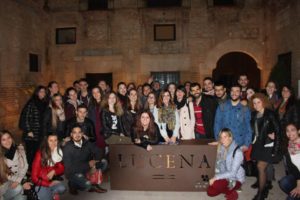 Lucena is a wonderful city, located between Siviglia and Malaga. Javi, the project manager, welcomed us to his cultural centre, which was a typical structure for this city. END_OF_DOCUMENT_TOKEN_TO_BE_REPLACED

During the period 8 – 16 November the high school “L. Einaudi” had the opportunity to join the project “Somewhere I belong” which was hold in Sottrum (Bremen), Germany. The project was organized within the Erasmus+ program and it was fund by European Union. We could participate in this event thanks to Fondazione Istituto Morcelliano, a European partner. 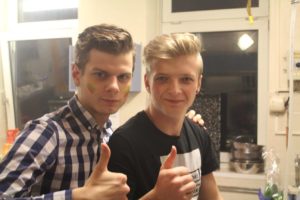 In this project there were presented also other countries, among the participants there were young people from Germany, Macedonia, Greece and Lithuania. END_OF_DOCUMENT_TOKEN_TO_BE_REPLACED

October 10 – 17 five students from Chiari high school “Einaudi” with their teacher Marina Valotti had the opportunity to travel abroad. They joined the project BETA “Bringing Europe Together through Art”. The art was a key-word of this meeting and a union of European cultures. The event was held in the Czech Republic in a small town Radikov close to Olomouc. There were presented youngsters from Serbia, Turkey, Portugal and Bosnia and Herzegovina. The program Erasmus Plus is oriented on young people between 15 and 30 years who have some knowledge of English, because this language is the only one which is used during activities. END_OF_DOCUMENT_TOKEN_TO_BE_REPLACED 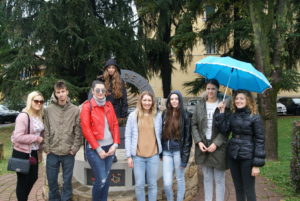 From 12 to 18 October the locals of the Fondazione Istituto Morcelliano hosted the youth exchange “Breakfast Culture Club”, promoted by Youmore Morcelli Giovani. Groups from the UK, Portugal, Croatia and Italy met to realize the project, which was started in 2014 thanks to the meeting among those who then became the actual creators of the initiative: Sona Arevshatyan, who represented Italy, Joao Carapina, Portugal’s representative, Ivana Kardum from Croatia and Dannet Gittens from Great Britain. END_OF_DOCUMENT_TOKEN_TO_BE_REPLACED